Eternal Return is a mixed-media installation including a 16mm film loop installation with an analog projector, risograph prints, a motion censored flip clock, and mushrooms with printed words, whispering in the gallery corners, creating a cyclical view of time and memories.

Eternal Return, grasping at the past because it disappears too quickly. Here, art is not the artist’s ticket to immortality, but a mortal being itself, with a rate of decay that just happens to be slightly slower than its human creator’s. In the film installation, a solar-powered lamp was used to collect sunlight from two sources—from the Arctic Circle during a three-week boat journey as part of an artist residency, and from a visit to her childhood home in Taiwan. A projector sits on the floor, its 16mm film reel extended into a suspended loop above the head, almost ceiling high. But this remnant of the analog age has some life left in it yet: it casts the images of the Arctic sun and the Taiwanese sunset onto a strategically-placed mirror on the floor in the corner of the room, which then redirects them onto a nearby wall. The images are fading from the very fact of being projected continuously in a gallery.

On another wall, a series of risograph prints guide the viewer through a geographically-organized tour of Hu’s childhood home, from west to east. Taken over the course of thirteen years, the photographs memorialize two recent and coinciding losses in the artist’s life: the death of her grandmother, and the subsequent selling of the Hu’s family home. The series—especially through her use of riso, a soy-based ink that disappears a little every time it is touched—echoes the design of the film projection.

In both cases, the work’s gesture is an attempt to slow down time and capture a shred of eternity, while its construction is that which smugly guarantees its ultimate impermanence. It’s the cruel conflict between artistic intention and corporeal existence, transferred onto the work of art itself.  But there’s another narrative at work in Eternal Return, which announces itself quietly in the form of discreet mushrooms “sprouting” from the corners of nearby walls. On the underside of their caps, their gills are fitted with tiny cut-out printed words that spiral into various quotations on the nature of time. One such quote is taken from the Chilean poet Nicanor Parra: “Time is difficult to grasp, instants take forever, minutes stretch long, hours pass painfully, days parade by, months fall into months, years take flight.”

Hu’s film installation and photographs look back, struggling to grant afterlife to the past, in the present. Her mushrooms—the oldest species on the planet—reach forward, with that definitive trait of anxiety, which is the feeling that time cannot pass quickly enough. At the level of both grand questions of immortality and the banality of everyday responsibilities, the anxiety of time is nothing, perhaps, but the creative impulse itself.

Special thanks to SHIFT staff and 2018-19 cohort and Mono No Aware, Steve Crossman to make Eternal Return possible. 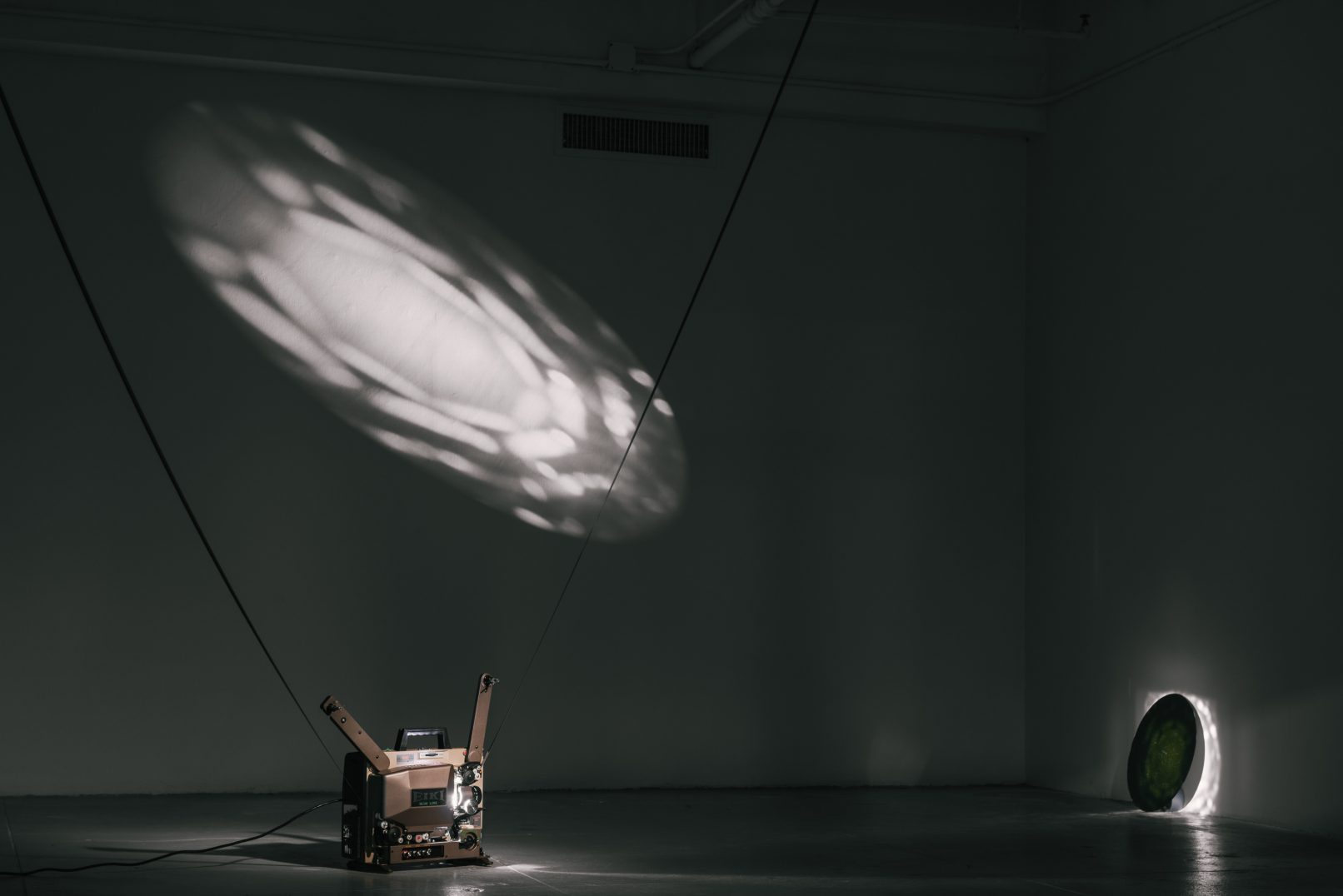 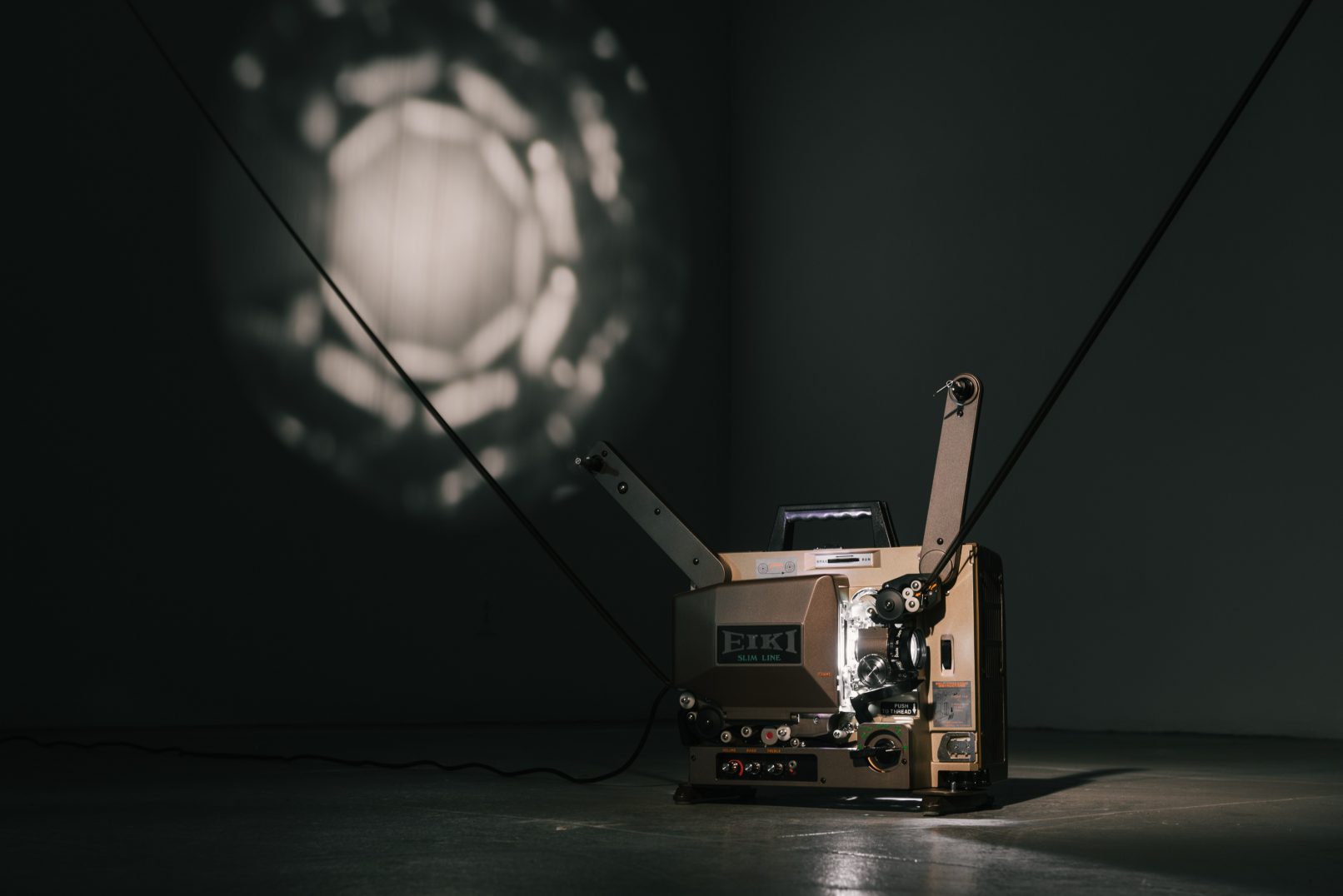 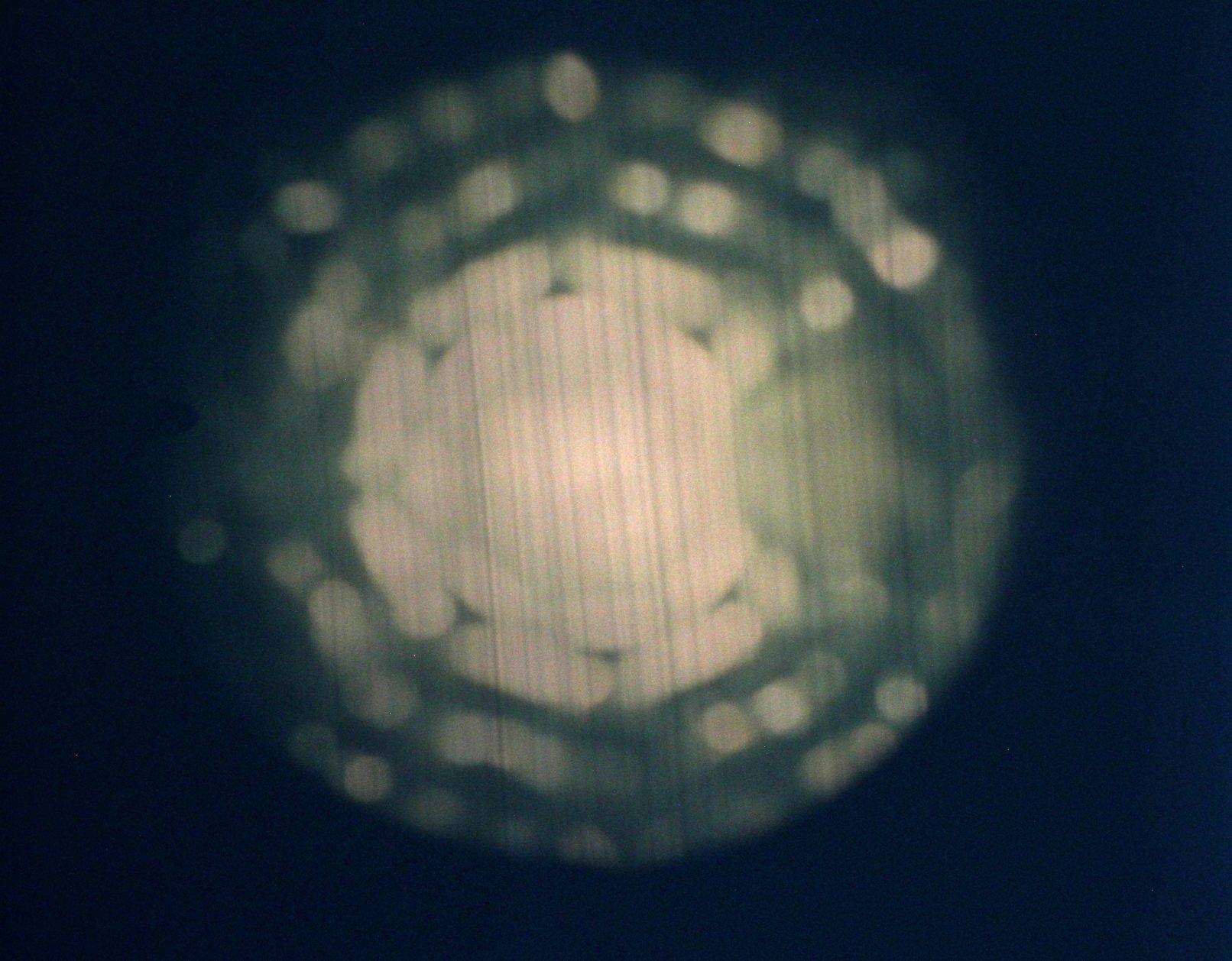 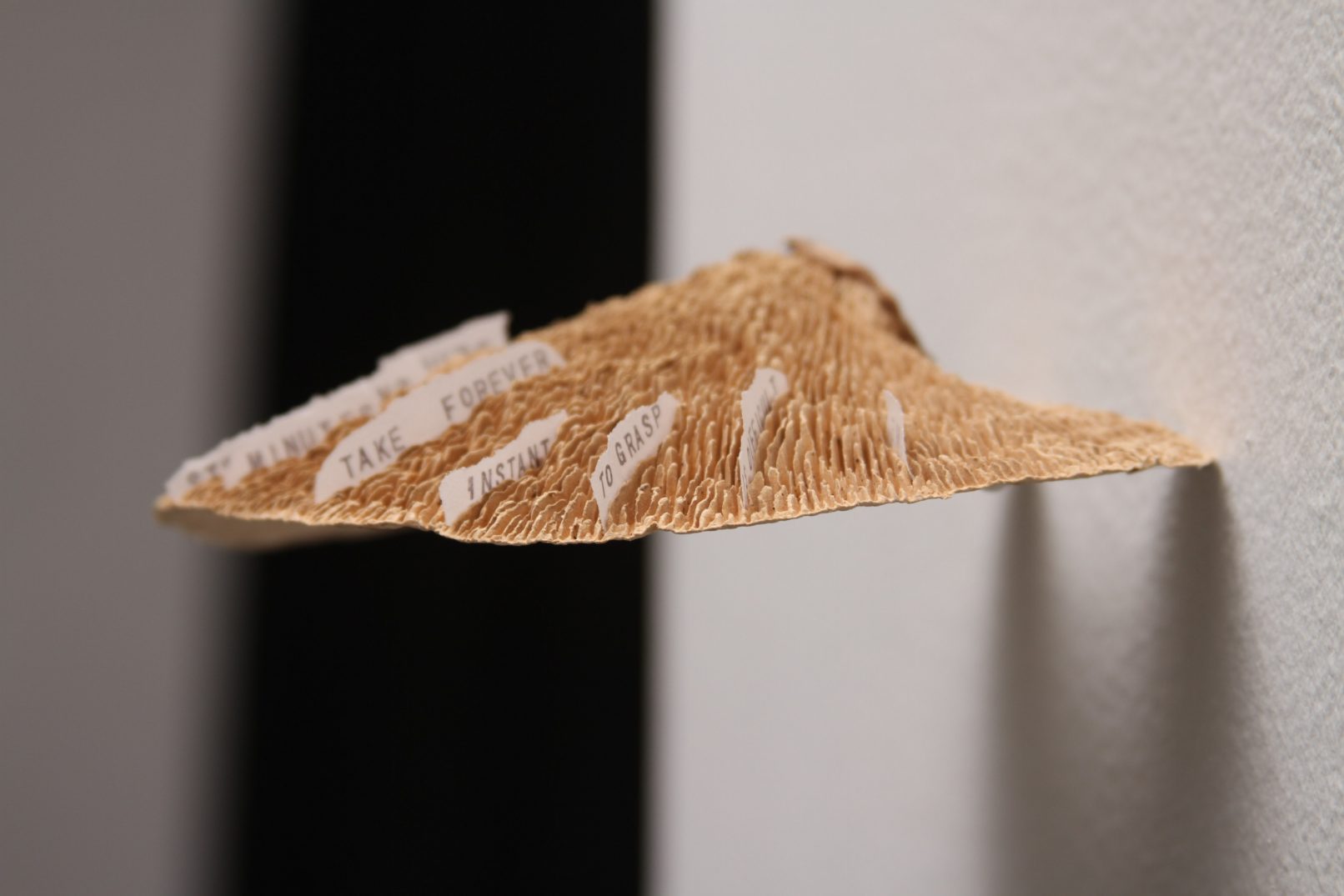 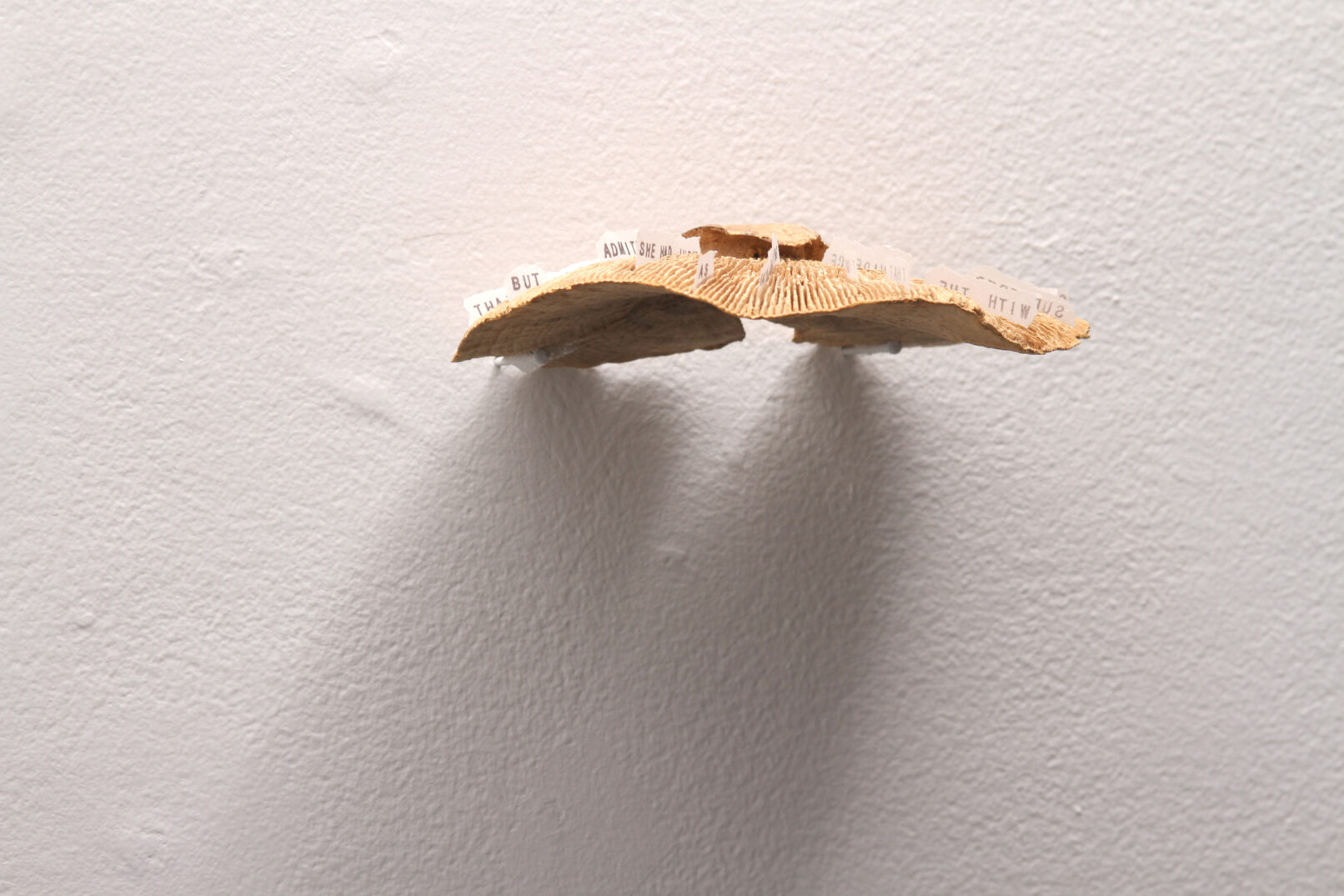 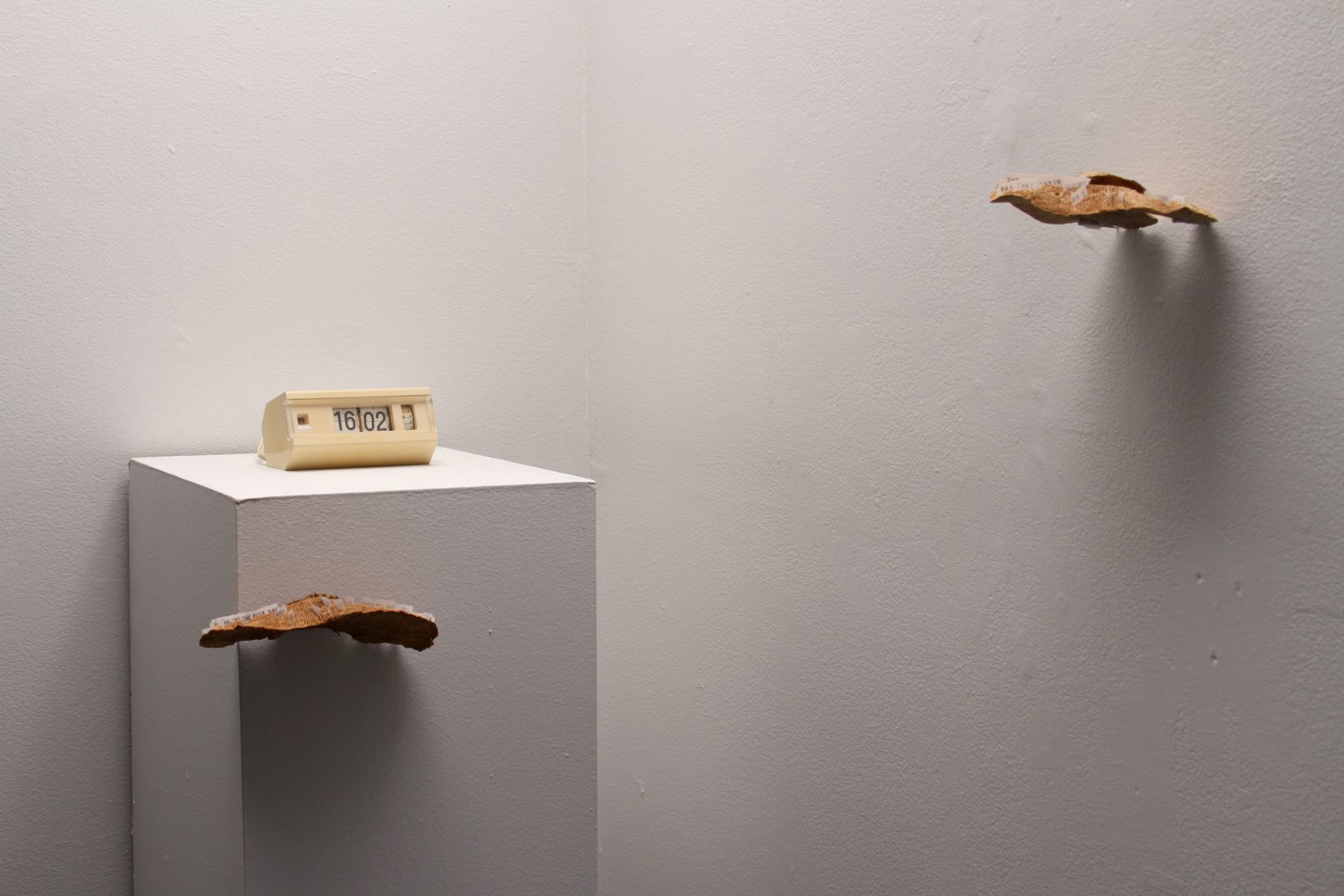 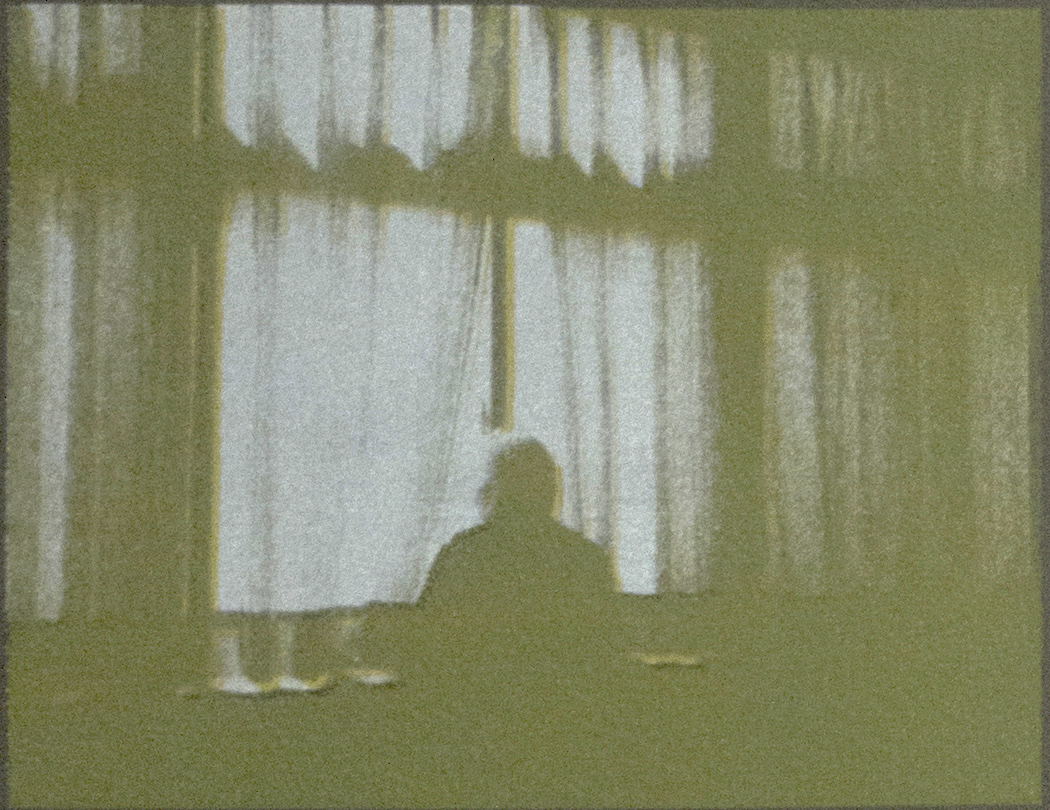 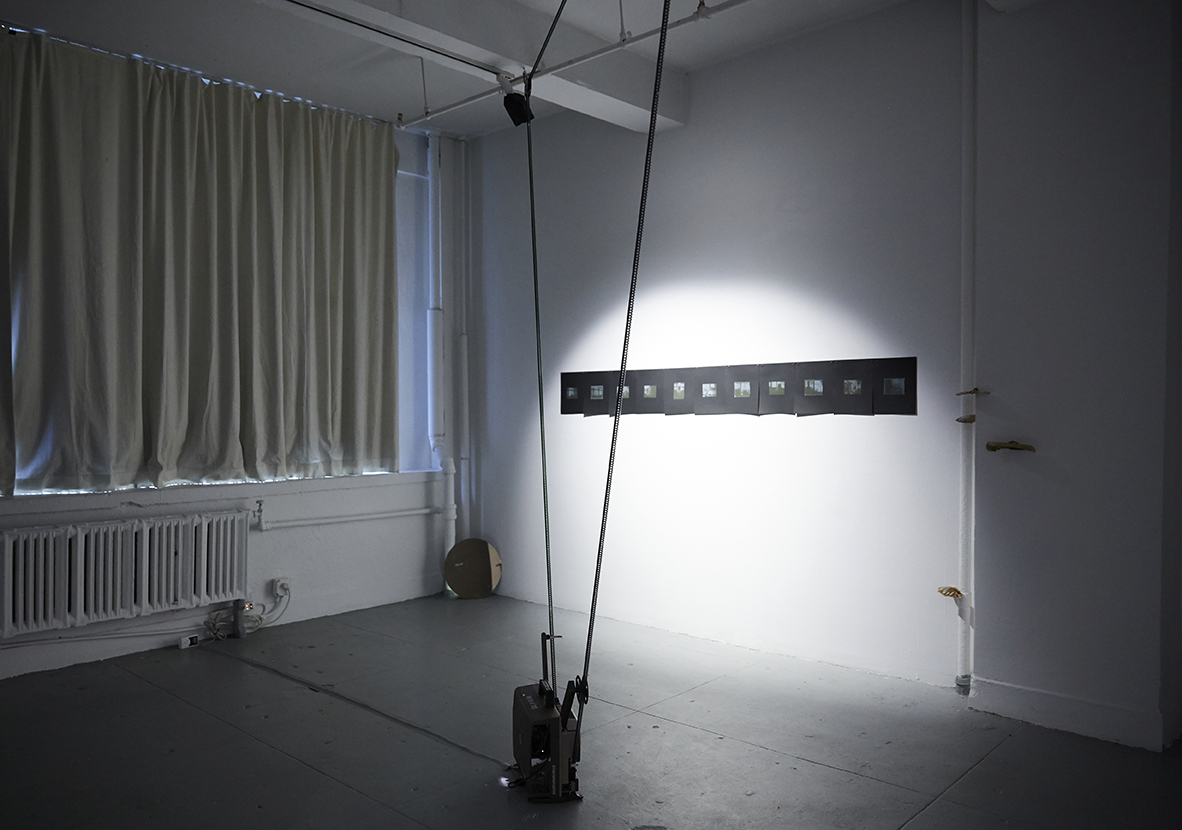 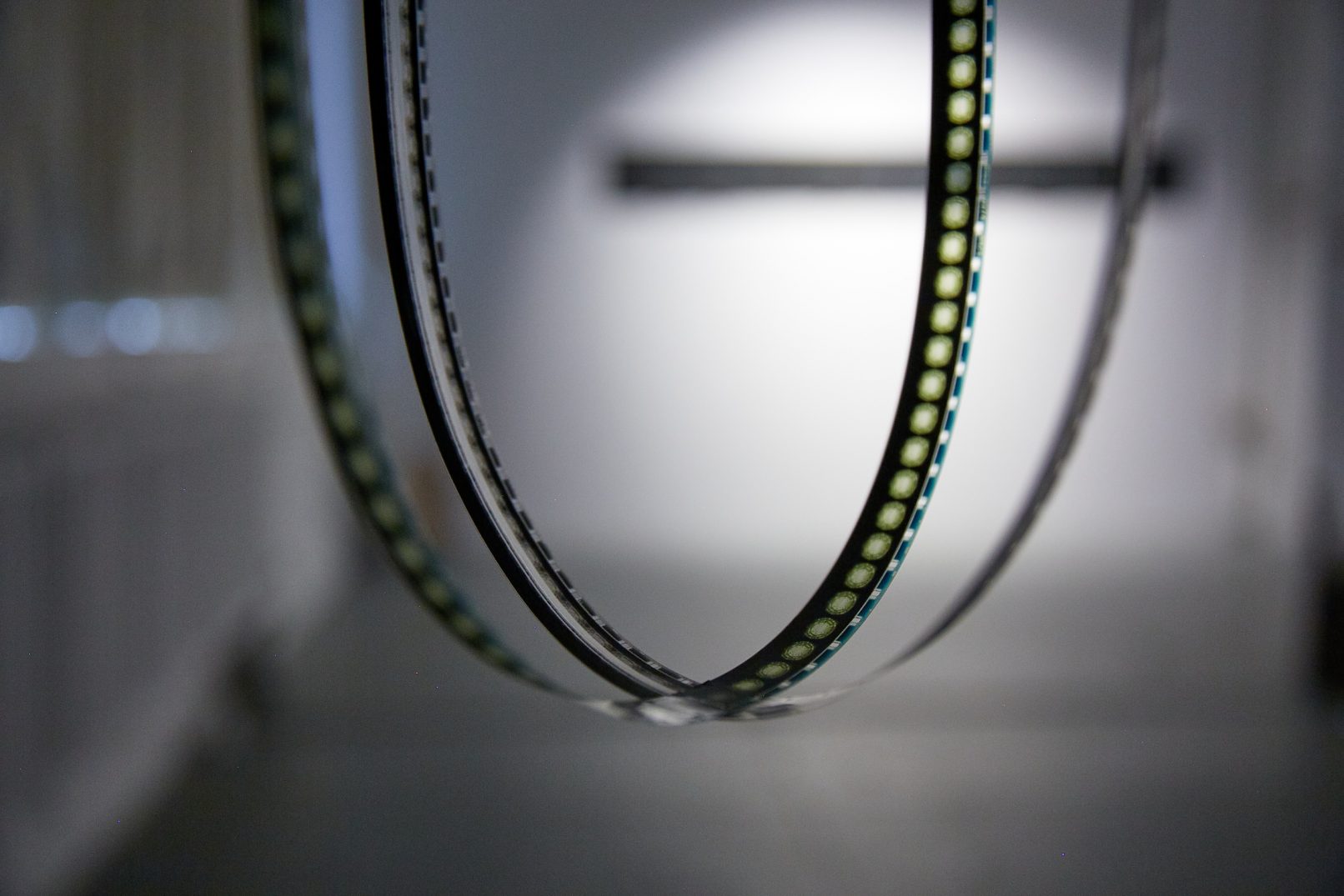