This ongoing project represents Nung-Hsin’s cultural confusion and her difficulty in establishing an identity as an Asian female immigrant artist. Food is an important expression of the culture so she chose sushi, an Asian food, as her subject. This installation mimics the fake food models that are used in restaurants to attract potential customers and to arouse imagination and illusions about the real food. The artist transformed human bodies into objects resembling fake plastic food. The viewers’ confusion between reality and illusion resembles the way she is perceived by others in this foreign society. 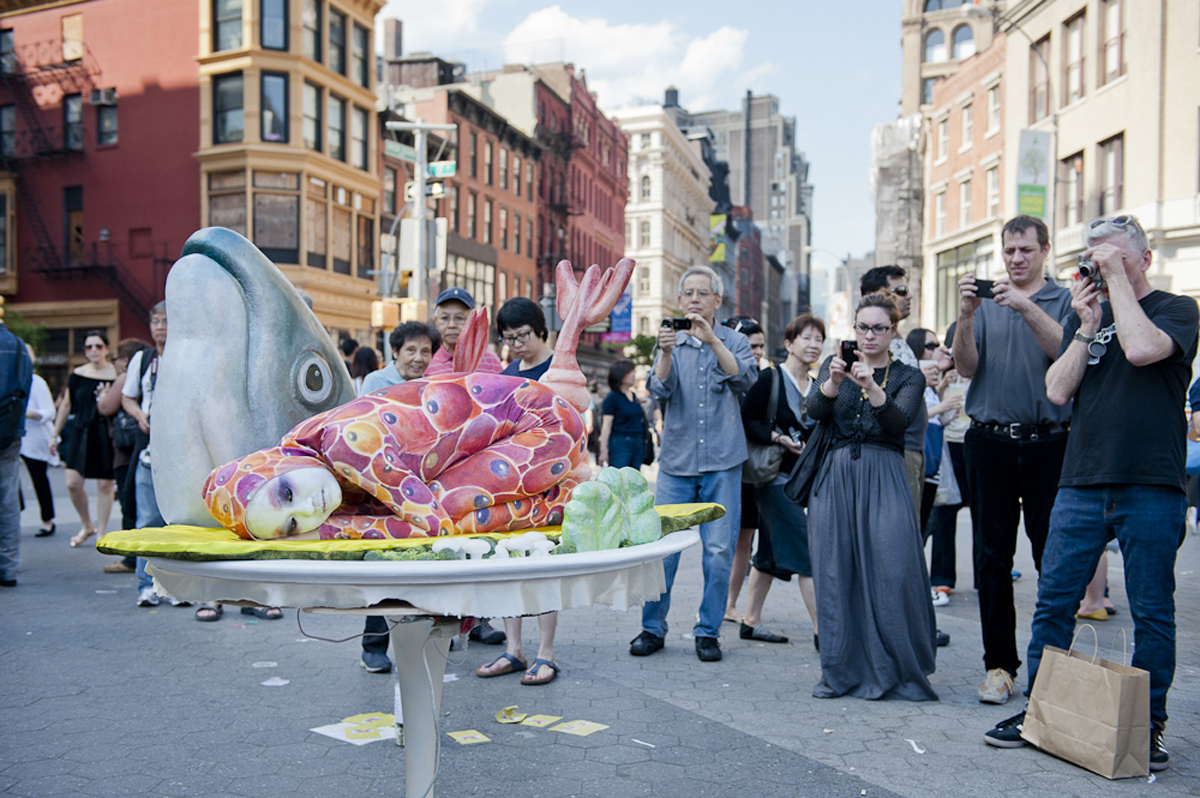 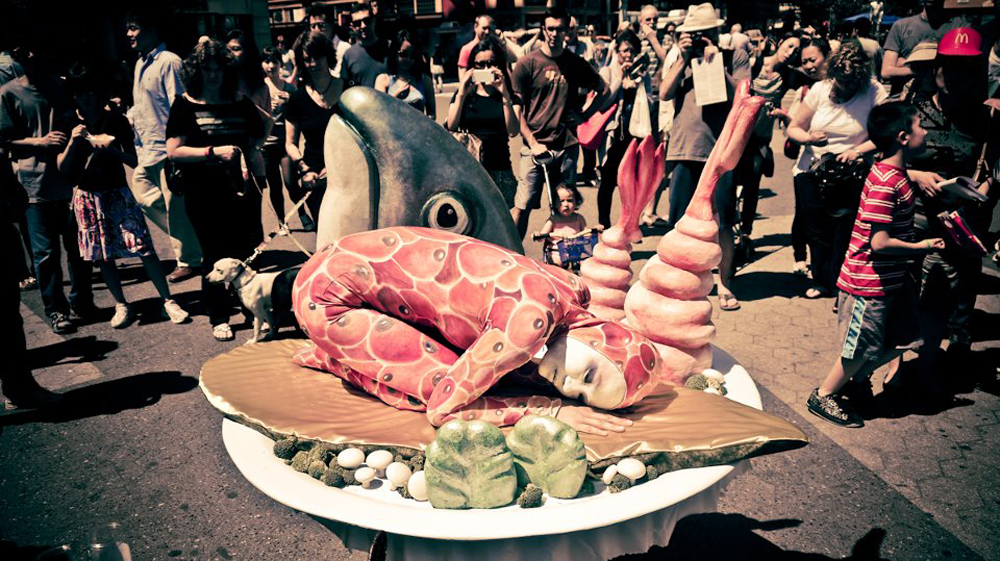 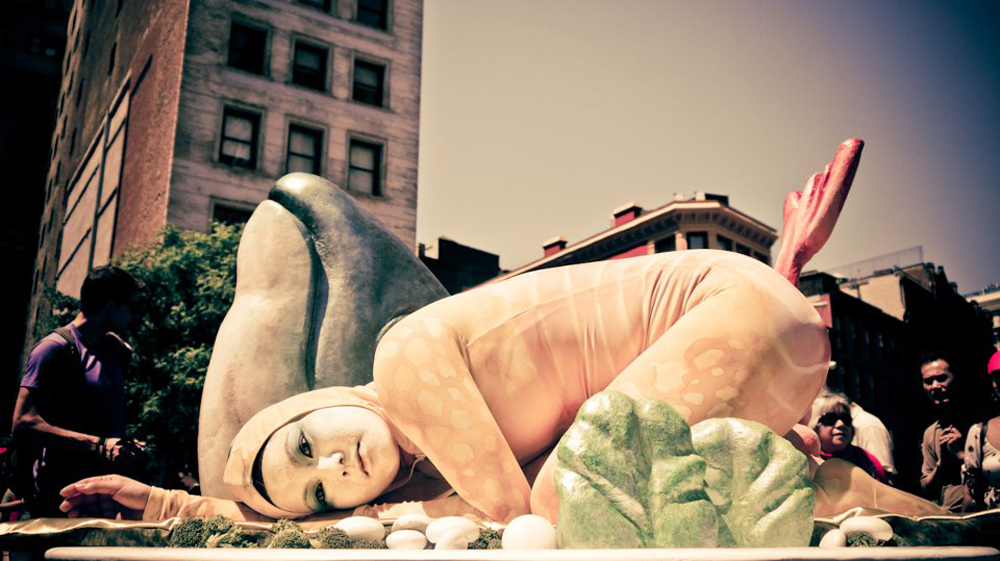