Amphibian is a multimedia projects representing the confusion and indivisibility of my dual roles as an artist and an arts administrator. This project has been transformed from my on-going performance SUSHI which expresses the difficulty in establishing identity as a female immigrant in a foreign society. To extend the idea of the identity confusion into my current circumstances, I performed SUSHI in my working environment, a museum, wearing my regular working clothes while the space was closed to the public.

The video is shown as the security monitor display with four split screens that also includes the footage documented by the museum surveillance camera. The idea is to express the invisible creative contribution as the supporting admin role. In the photographic installation there are two images of the SUSHI performances from the Queens Museum (2017) and Union Square (2012) to reveal the contradiction and affinity between the two identities. Those two photography images will be displayed side by side and shown as a stereography to allow the brain to fuse the two images and accept them as a one solid object. In such a way as an amphibian needs both environments and roles to survive and grow as an individual. 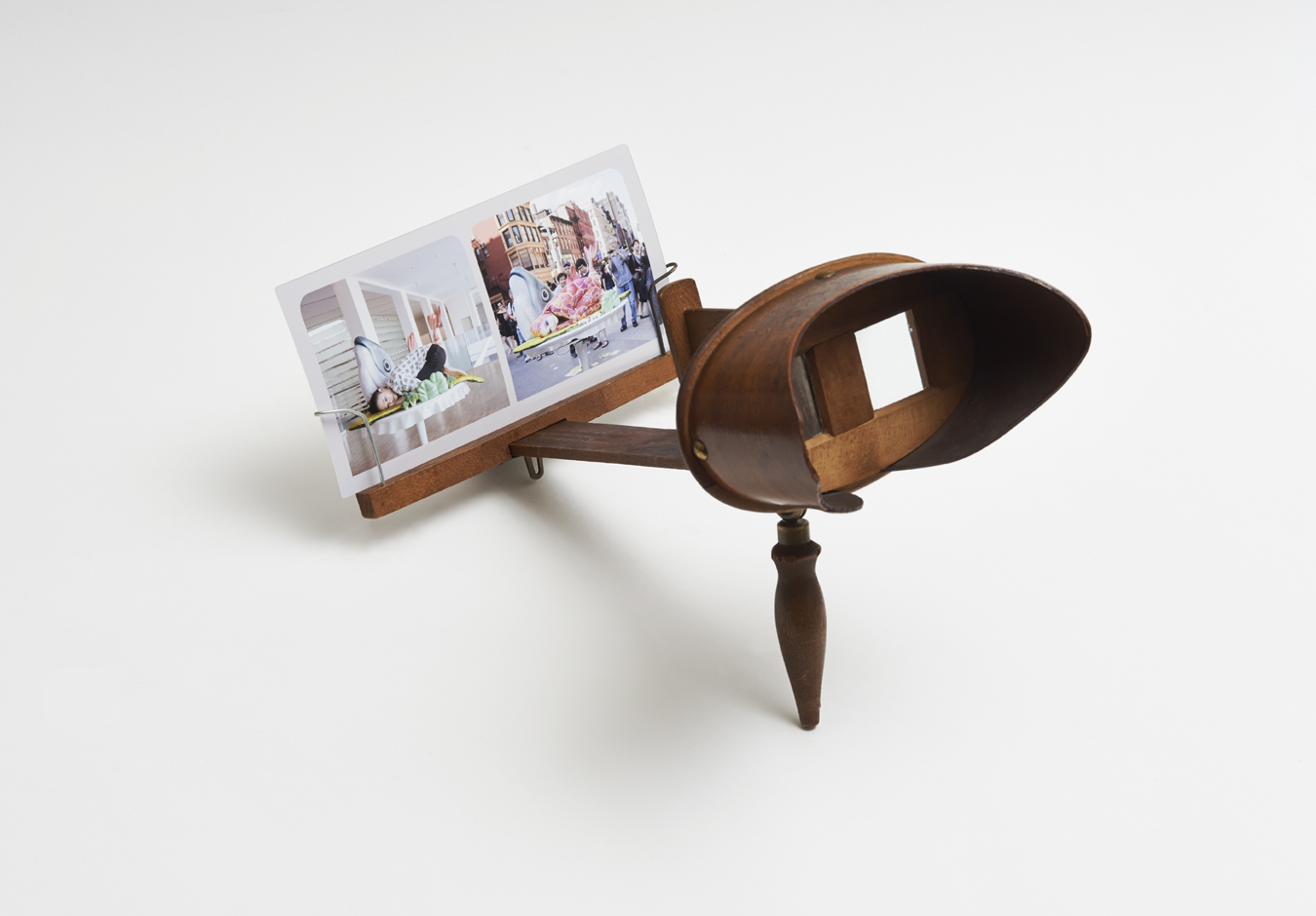 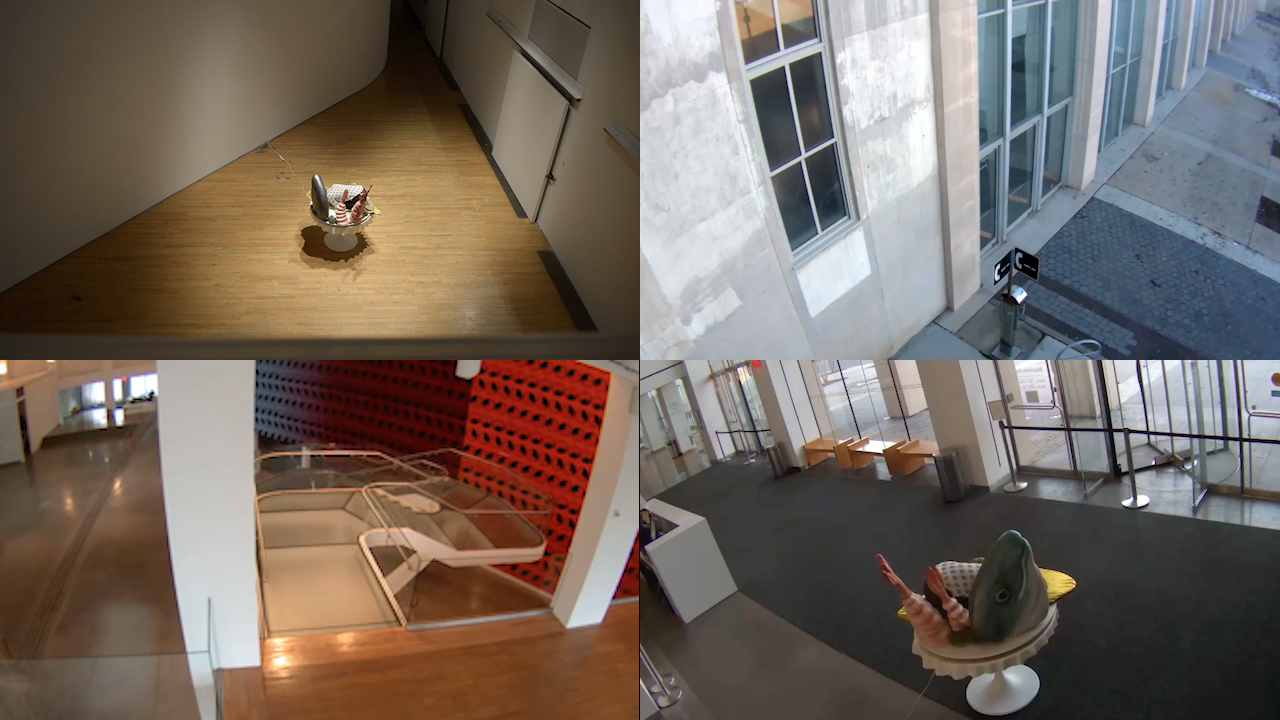