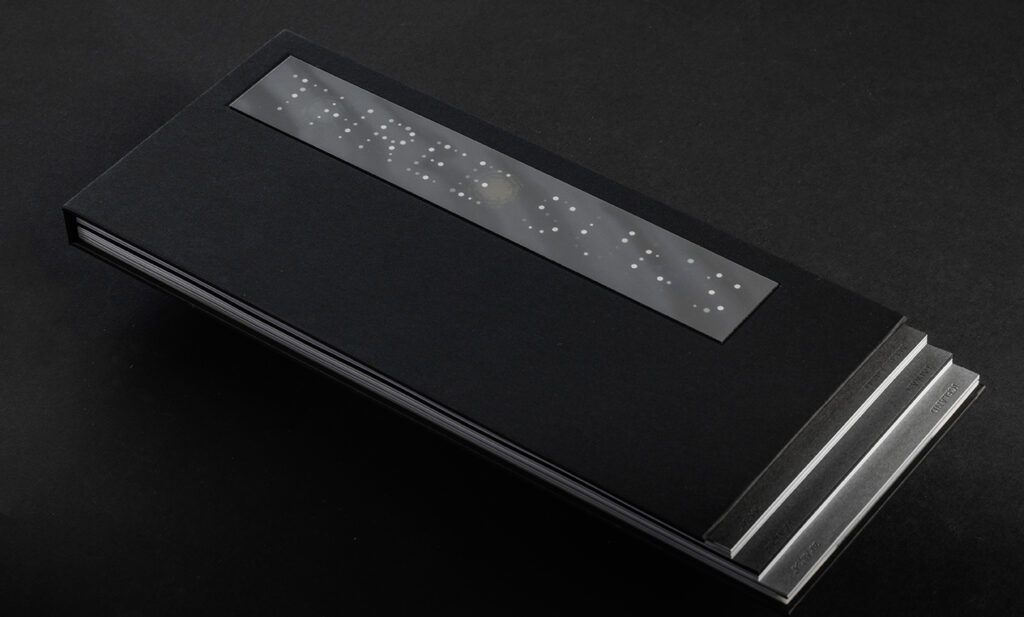 In 2017, a few days before I departed for the Arctic Circle Residency, I watched Olafur Eliasson’s talk at the New York Public Library. Toward the end of the lecture, he took out the newly launched Little Sun Diamond, a portable solar-powered lamp, from his pocket and lit up the dimmed lecture hall with sunlight he had stored from Berlin a week ago.

This act of metaphorically holding sunlight from a distant place ignited my own sun-collecting endeavor. In the span of three years and in three different places, I collected three sets of sunlight: the dwindling daylight from an absurd adventure out on the Arctic Sea; the final gentle melancholic sunset before bidding farewell to my childhood home in Taiwan; and the twilight-summoning midnight sun in Iceland’s white nights.

The three slices of sunlight emitted from solar energy-converted electricity were then captured on 16mm film, and with the images projected, the dissipated sun slowly rose again, and nine stories then emerged under its reflection, where they also illuminated rooms echoing the dialogues with three talented artists/writers.

By utilizing the book as a form, I intended to transform these projects into sequential stories that interweave the subjects of human desire against the backdrop of the delicate northern landscape, the fertile act against the natural flow of forgetting, and the internal freedom summoned during the midnight sun.

The 24 frames of the sun on a 16mm film strip artwork presented on the last page equates to one second in movies, giving a snippet of the past that can be held in hand by the readers, and seeing the film against light, an ambiguous outline of the next journey might emerge.

Each publication includes a 24-frame film strip providing an intimate moment for the readers to reflect, touch, and unfold. 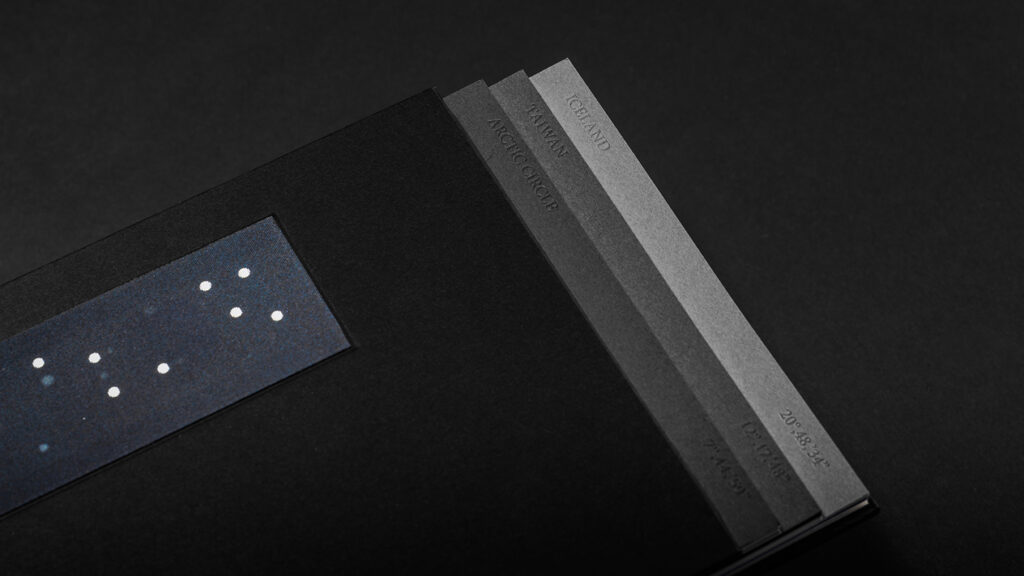 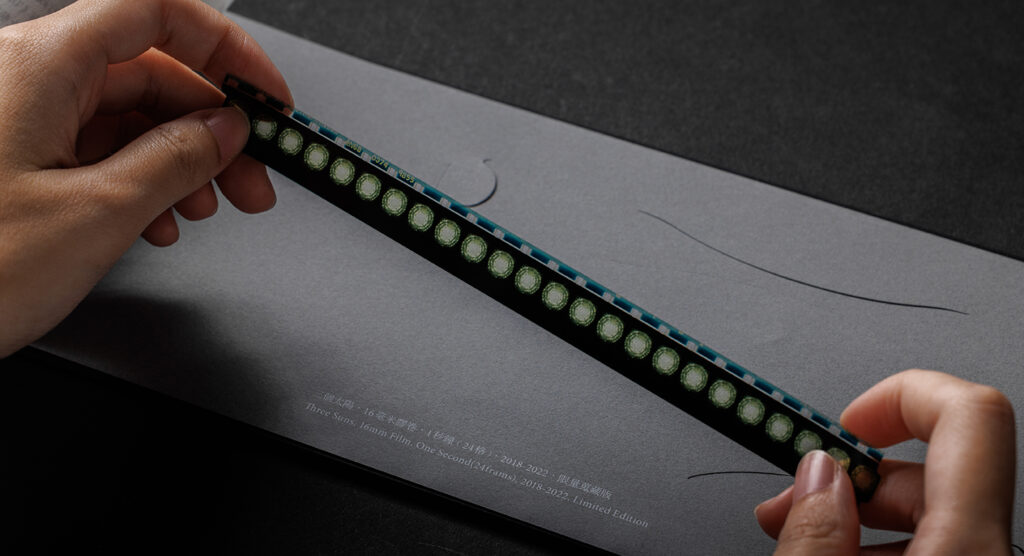